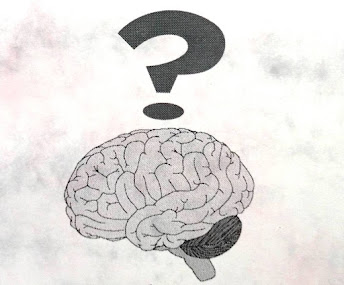 It's been a while since I put pen to paper (or fingers to keyboard if you're pedantic about your metaphors) - in Britain in winter there aren't a great deal of biking adventures to document (too cold and damp), so I'm going to talk about something completely different – a phenomenon known as synaesthesia (sometimes spelled 'synesthesia').
Ever since being a child I have always viewed numbers as positions on curving lines, and it was only about 12 years ago that I realised that most people don't actually do this. To me, the numbers one to twelve are represented by positions on a clock face (logically) and then the numbers 13 to 20 run vertically from the 12. Then each set of ten is a circle, loosely based on the clock face with the 6 at the bottom, but with the zero at the top. Each set of ten (21-30, 31-40, etc.) moves progressively to the left and then curving upwards from 60 to 100. The hundreds, thousands, hundred thousands, millions, billions, etc. and powers of ten follow the same pattern, except that the 1-6 on the clock face are upside down, so 600, 6000, 6 million, etc. occupy the central point of an S shape. I fear I could be losing my readership now, so I'll move on...

The practical implication of this is that I view every event in my life as a position, either located at the number which was my age at the time, or the number of the year at the time. If I think about my time at primary school in terms of my age, it occupies the clock face from 5 to 11; if I think of primary school in terms of the years (81-86), it occupies the right hand side of the '80s' circle, from zero to six. It may seem a bind to view things in this way, but it does make it very easy to remember such things as the years songs were released, as naturally they all have their positions too. Thus, I always relish the music round in a pub quiz!

It isn't just numbers that work this way. Days of the week, months of the year and the alphabet are the same. Saturday is always at the bottom of the circle for me and Tuesday at the top - the days run anti-clockwise. With the months (also anti-clockwise), the circle is a bit distorted - January is at the top right, then there is a long curve left and then down to August at the bottom left. Then the autumn months stack up vertically on the right hand side – well, it always feels uphill to Christmas, doesn't it?
Even the alphabet brings to mind a curve like an oxbow in a river. A-D occupy the first curve on the left hand side, E-R occupy the bulging middle curve and S-Z  take up the final curve on the right. As you can see, the letters aren't evenly spaced - there is both logic and no logic to this way of thinking!
Thanks to the Internet, I discovered that this mode of thought is called 'spatial synaesthesia.' It is thought that as babies, our senses are a mishmash of inputs, where sounds can be perceived as colours, words as smells, etc. Most people lose these cross-associations entirely, but it is thought that those who don't lose all of them are 'synaesthetes' (yes, that's a real word!). Thus some people associate certain numbers with colours. If you put a triangle of twos in a grid of fives, most people will struggle to see the pattern, but somebody with 'grapheme-colour synaesthesia' will see the triangle straight away, as it will appear a different colour to them. Some people even associate personalities with different numbers. As a child, I can remember thinking of the number 5 as very mischievous (along with the colour yellow) and the number 7 as very respectable, but for me, these associations no longer exist.

I have never had the 'seeing sounds as colours' experience myself (although I believe some folk try to induce such phenomena illegally), but some of my favourite music albums do always bring to mind a shade. Sorry, my references are very old, but Pink Floyd's Ummagumma album and The Beatles' Abbey Road (both from 1969) both bring to mind a dark green shade to me. But if you think about it, do we not all associate certain colours with certain moods, and therefore the music that invokes such moods? There is a whole genre called 'the blues' after all.

Some synaesthetes see all kinds of patterns when they hear music, which isn't anything vastly different from the kind of graphics you can get your computer to generate to accompany music. Indeed, certain songs do bring to mind a kind of illustration to me, such as the guitar noises in the creepy middle section of Pink Floyd's Echoes invoking thoughts of strange spiky lines springing up from the ground (another 'Stone Age' music reference for you). The musician Richard D James (aka Aphex Twin) is known to have been inspired by his synaesthesia (as well as lucid dreams) to have created soundscapes such as those in his 1994 album 'Selected Ambient Works Volume II.' The Russian author Vladimir Nabokov was also a known synaesthete by the way.

Back to the curving lines again, the songs on albums I've had a long time always seem to be arranged down one side and back up the other, like a loop, or alternatively as two parallel sides joined across the middle like the letter N. I guess younger synaesthetes would not have these perceptions as modern music formats don't have 'sides' in the way that vinyl records or cassettes did.

This may all seem very odd to somebody without such neural connections, but to a certain extent, I think everybody experiences a kind of synaesthesia when they dream. The brain is filing away information during dreams, but in a way where everything is jumbled up. People from different eras of your life can intermingle for example, and places never seem quite the same as in reality. An experience I sometimes get is one of waking up laughing at some words that were said in a dream, but when I recall the words, there is nothing remotely funny about them. It's as though they have different associations to the subconscious, and therefore their own code of humour.

Well, I could write an entire article about dream phenomena too, but we'll leave it for now. I could be back with something along those lines soon, or indeed another biking write-up when we've moved a little downward and to the left along the circle of months!
AGC at 11:43